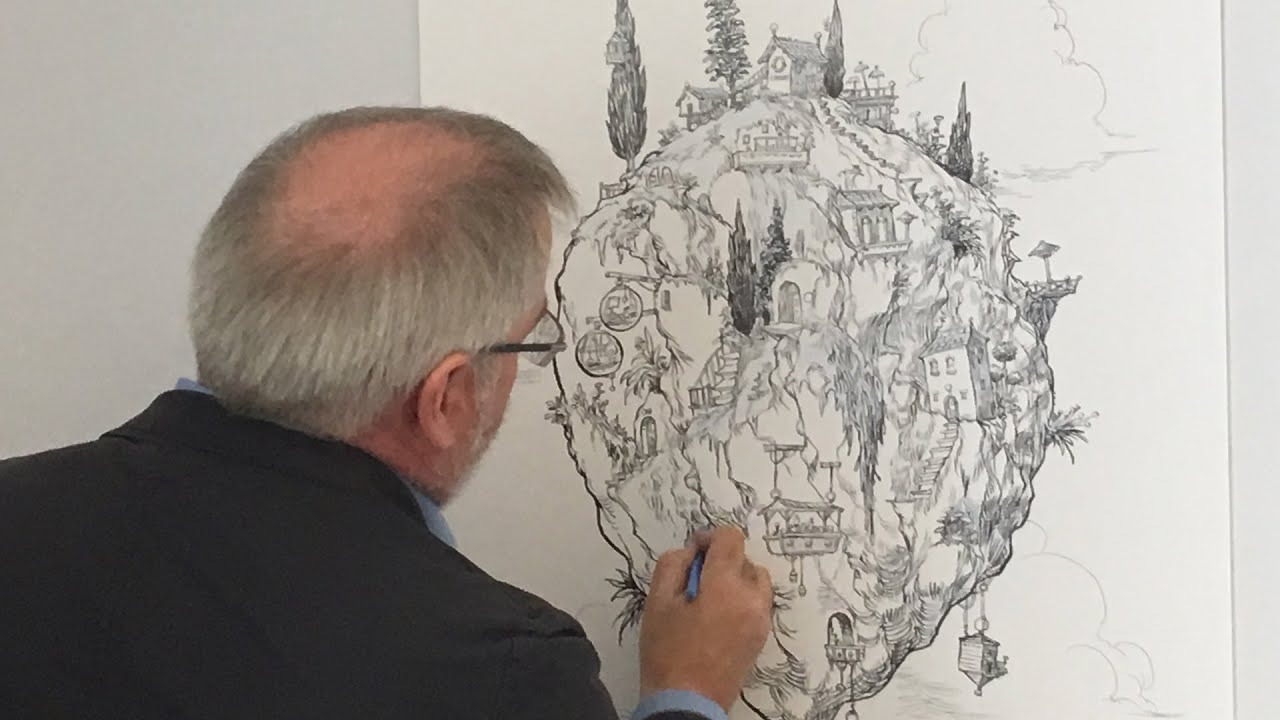 Chris Riddell was born in 1962 in Cape Town, South Africa, where his father was a "liberal Anglican vicar" and was opposed to the system of apartheid.

Chris displayed artistic talent from an early age and was encouraged in this by his mother. (She gave him paper and pen to keep quiet during his father's sermons.)

At Brighton Polytechnic, he studied illustration; one teacher was Raymond Briggs, an earlier winner of two Greenaway Medals.

Some of Riddell's most notable work is The Edge Chronicles (from 1998), a children's book series cowritten with Paul Stewart and illustrated by Riddell alone. Set in the fictional world known as "The Edge", the books have been praised for Chris's beautifully detailed line drawings and the unique nature of their collaborative writing process.

“Do you have hands? Excellent. That's a good start. Can you hold a pencil? Great. If you have a sketchbook, open it and start by making a line, a mark, wherever. Doodle.”

“As a child, I copied Tenniel's illustrations from 'Alice's Adventures in Wonderland' obsessively, particularly his drawing of the white rabbit in waistcoat and frockcoat, umbrella tucked under one arm and a fob watch in paw, a look of suppressed panic in his eye.”

“I want to show how much fun you can have drawing... parents and children can draw together as a wonderful shared activity.”