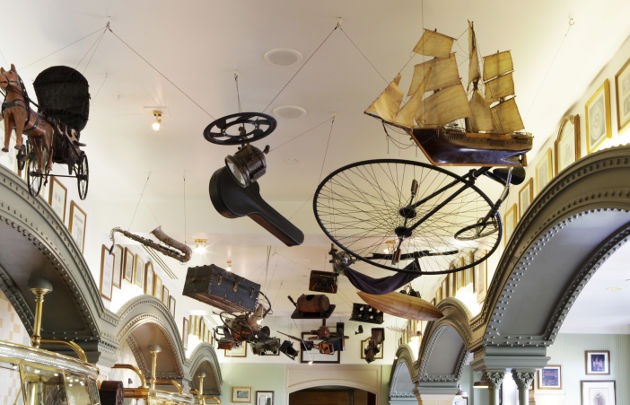 Humans are an ingenious species. Though we've been on the planet for a relatively short amount of time (Earth is 4.5 billion years old), modern Homo sapiens have dreamed up and created some amazing, sometimes far-out, things. From the moment someone bashed a rock on the ground to make the first sharp-edged tool, to the debut of the wheel to the development of Mars rovers and the Internet, several key advancements stand out as particularly revolutionary.

Some of the most important inventions of all time, are

-        The wheel. Before the invention of the wheel in 3500 B.C., humans were severely limited in how much stuff we could transport over land, and how far.

-        The nail.  Without nails, civilization would surely crumble. This key invention dates back more than 2,000 years to the Ancient Roman period, and became possible only after humans developed the ability to cast and shape metal.

-        The compass. Ancient mariners navigated by the stars, but that method didn't work during the day or on cloudy nights, and so it was unsafe to voyage far from land.

-        The internal combustion engine.  In these engines, the combustion of a fuel releases a high-temperature gas, which, as it expands, applies a force to a piston, moving it. Thus, combustion engines convert chemical energy into mechanical work.

-        The telephone. Though several inventors did pioneering work on electronic voice transmission (many of whom later filed intellectual property lawsuits when telephone use exploded), Alexander Graham Bell was the first to be awarded a patent for the electric telephone in 1876.

-        The light bulb. When all you have is natural light, productivity is limited to daylight hours. Light bulbs changed the world by allowing us to be active at night.

-        Penicillin. It's one of the most famous discovery stories in history. In 1928, the Scottish scientist Alexander Fleming noticed a bacteria-filled Petri dish in his laboratory with its lid accidentally ajar. The sample had become contaminated with a mold, and everywhere the mold was, the bacteria was dead. That antibiotic mold turned out to be the fungus Penicillium.

-        The Internet. The global system of interconnected computer networks known as the Internet is used by billions of people worldwide. Countless people helped develop it, but the person most often credited with its invention is the computer scientist Lawrence Roberts.