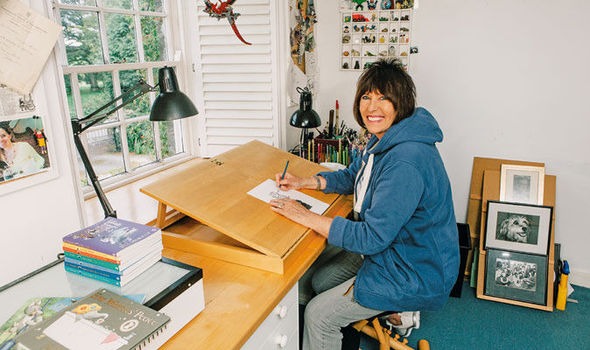 Murphy was born on July 5, 1949, in London. She started making her own illustrated storybooks at the age of 6. She attended art school as a teenager. She later worked with children before becoming a full-time children’s author and illustrator.

Murphy created another picture book series about the Large family of elephants.

Murphy also wrote novels for an older audience. Worlds Apart (1988) follows 12-year-old Susan as she looks for her father.

Murphy won the Nestlé Smarties Prize and the Sheffield Children’s Book Prize for The Last Noo-Noo (2011). This book is about a monster who does not want to give up his pacifier.